Traveling from one location to another always needs a means of transportation. If the distance is less, people might consider walking, but for more prolonged distance coverage, walking might not be a suitable approach and they look for other options. However, the rest of the means of transport usually in European countries amounts to be their public transport.

If someone wants to travel to work or commute longer distances, metro services are used the most. In the past few years, increasing emissions and the inclination of people towards a green environment have also led to cycling. In the past few years, the Netherlands and other European cities have seen an immense rise in the purchase of cycles because people prefer this mode of transport a lot. You can through the details shared below and see if you would prefer cycling or public transport. 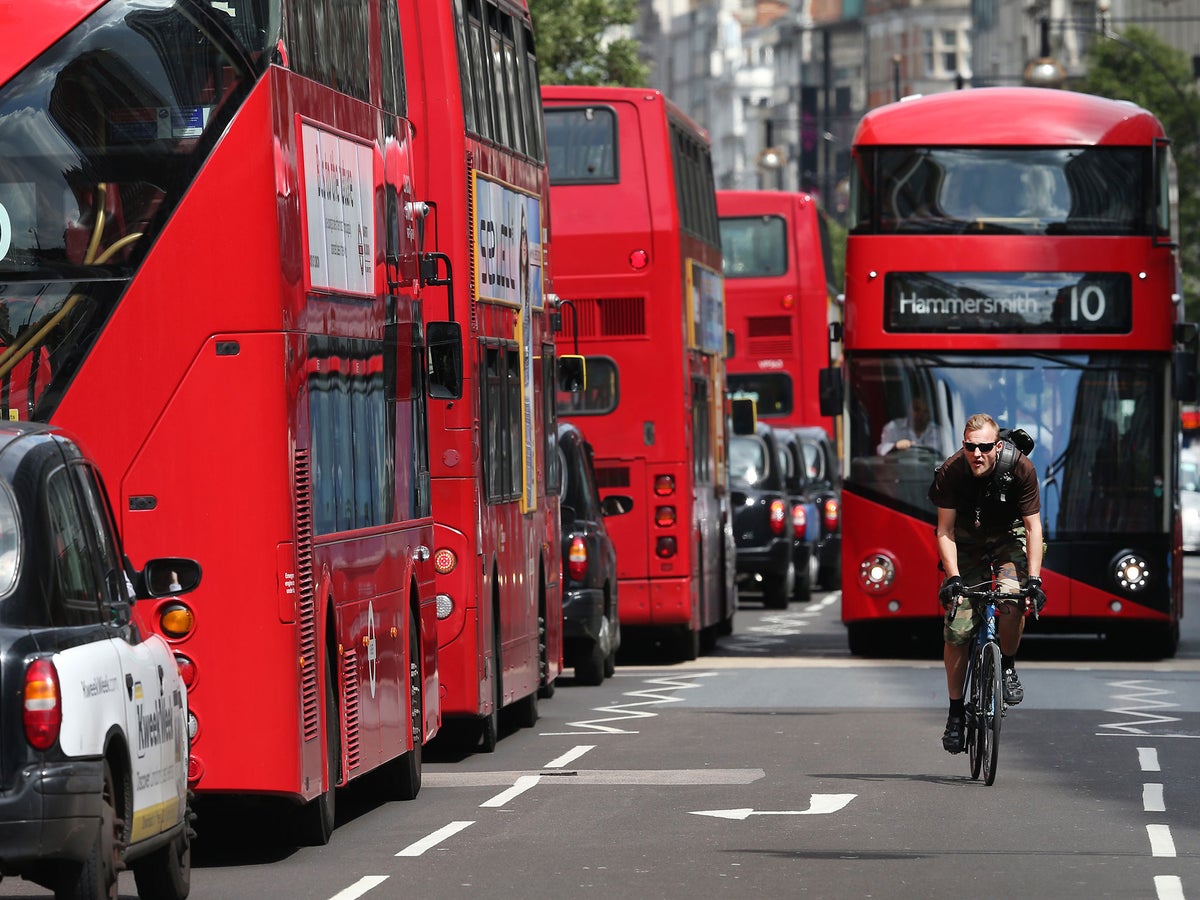 Analysis of Public Transport and Cycling

If transport for public and cycling are considered for analysis, both modes of transportation compete. On the other hand, also show association and dependency.

Most European countries chose transport available publicly, especially London, which has a robust underground metro system. However, over time, the increasing inflation has led to a massive decline in the use of public transport. About 75 percent to 80 percent of people used to commute through metro in the past few years. Now, this has fallen to around 40 percent to 50 percent.

Around 67 percent of commuters stated that due to the COVID-19 pandemic, they have stopped using public transport, which has added to the decline. Secondly, if you look at the statistics of imports of the cycle in the European Union, you can find that in the year 2019, the import of the cycle amounted to £2.7 Billion; in the year 2020, it grew to £2.9 Billion.

The analysis of the Netherlands, Germany, and France amounts to be of 58 percent of the bicycles imported to the European Union. Each city in Europe tends to import millions of units of bicycles because of a reduction in the use of public transport.

However, people also prefer to choose cycles because this way they can travel to the metro stations, and in the parking of these stations, they can easily park their bicycles and commute the rest of the distance through the metro. This approach also helps them save time, and if the metro station is far away, it could be a great help. Therefore, we can see how cycling and public transport may go hand in hand.

Pros and Cons of Public Transportation

There are many pros to choosing public transport, and some of these comprise the following:

Although not 100 percent, to a certain extent, public transportation does not emit as much pollution as other vehicles do. So, when public transport is used higher, the environment could also be protected easily. On the other hand, many such public means of transport are also introduced these days that are equipped to support a green environment and hence might offer users peace of mind that they are not harming the environment.

Public transport is an inexpensive means of mobility compared to other modes of transportation. Investing in a bicycle is not always a choice for everyone. It requires a high upfront expense, and hence people might prefer traveling via buses and metro instead.

Riding a bicycle is tiring, especially regarding long-distance traveling; cycling is not practical. Hence, traveling by transport for public may be a better choice instead. In cities where everything is farther apart, cycling doesn't prove to be part of ease for most people. This could be one of the main reasons people choose public transport.

Everything has two aspects and similarly when it comes public transport as well, there are cons to features as well.

When you choose to travel through public transport, you lose independence. The trains and metros will stop only at their designated stations. You cannot stop at any of your chosen places. Hence, this way could be better if you have a bicycle because you can access the places you want at your own will.

Whereas the metro will stop only at its station and from there, you might have to go walking and access your destination.

It is commonly observed in the European Union that metro transport follows a rigorous schedule. Therefore, when you travel in the metro and not on your bicycle, you are bound to follow the same timetables. No matter if, you have to reach somewhere late and the time of the metro is earlier, you will have to follow this schedule. Hence, when it comes to traveling on your bicycle, you are free to travel according to your schedule.

Public transport may sometimes offer a congested experience of traveling. You have to compromise on privacy and space because sometimes there is a lack of space, you cannot sit, and sometimes the space for standing is also significantly less, which causes trouble sometimes. 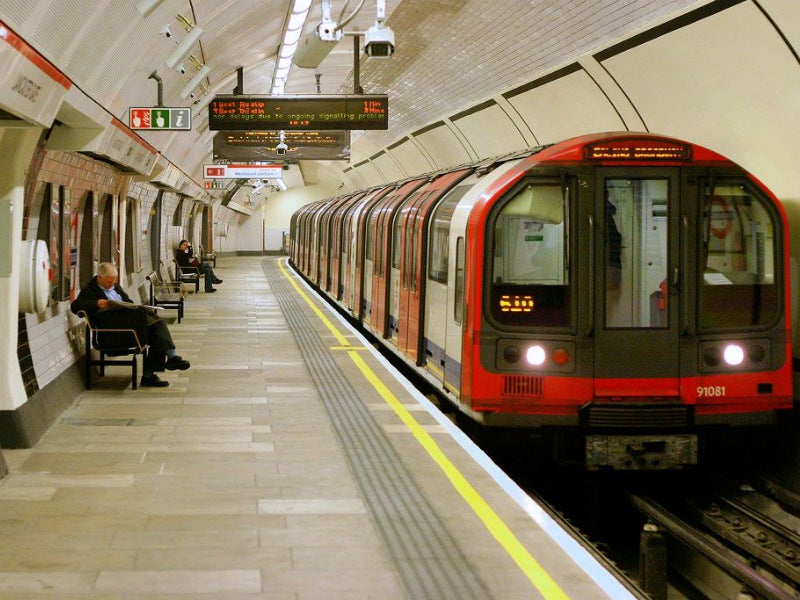 Pros and Cons of Cycling

As a means of transportation, cycling is considered by many people, and if you are of this opinion, you can look at the pros of choosing a bicycle instead of public transport.

Automated Workout for the Day

If your workplace is not so far from your house, you can easily choose to ride a bicycle to work. It would greatly help your health, and you will keep yourself active while riding it.

A bicycle never releases any emissions and hence leads to the protection of the environment. Therefore, no matter how far and for how long you ride a bike, you play a fair share in protecting the environment.

In contrast, if you are using a bus, that would release emissions and this will harm the environment.

While on the go on the bicycle during such trips, you can easily enjoy fresh air and beautiful sights outdoors. If you are in any city in a European country, you will come across natural beauty and scenic views. Therefore, moving about on a bicycle is always something that offers to be a pleasure-filled experience.

There are some cons of cycling as well that cannot be ignored and need attention, and these include the following:

Cycling is a stress-filled activity; you get tired, and when it's a sunny and hot day, you also get sweaty as well. Therefore, these problems persist in cycling and might cause a hindrance.

When you are using a bicycle, certain clothing choices are not suitable for carrying while riding a bike. Therefore, for instance, if you are traveling to work, you might not be able to carry a skirt, or dress pants might be creased while you cycle. So, all this needs attention when choosing cycling as your means of transport at work.

One more problem that cyclers face is the issue of weather. Cycling is impossible when it is snowing or raining. The roads become slippery and may cause trouble for you. Therefore, cycling couldn't be a choice in all kinds of weather. 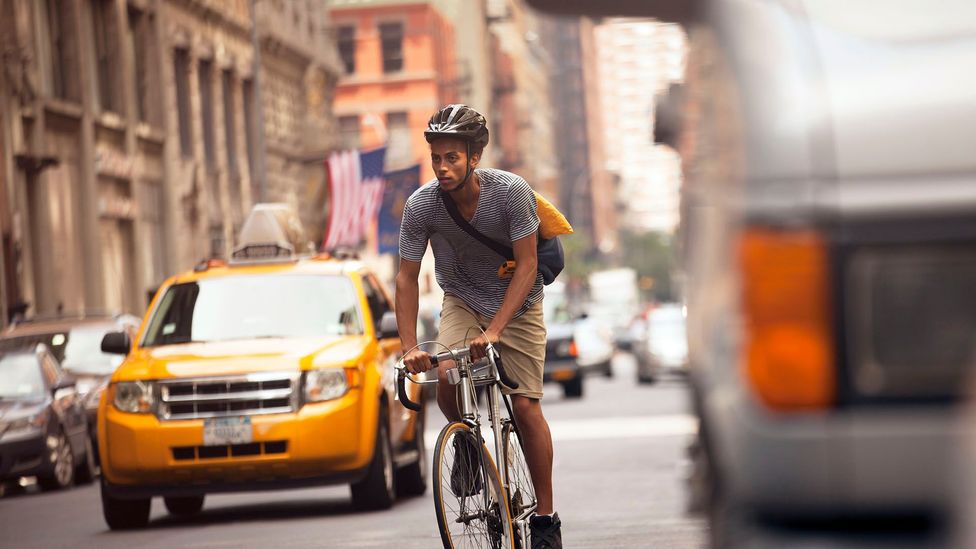 When comparing which option is better, either public transport or bicycle, you need to assess what price will be incurred and compare in the longer run.

The cost of a commuter card in London for a week is around £38.40. Considering the monthly cost of commuting through this card, you will incur about £154. However, if you look forward to purchasing a cycle instead, it will cost you £200 to £300, so you can easily cover the cost of a bicycle in 2 months and save the money invested in underground metros.

However, the major issue with cycling is it is a tiring activity. While you ride your cycle for long hours or distances, you might get tired and demotivated. However, there is a choice of investing in an e-bike. Yes, you heard it right!

E-bike offers one of the most considered means of transport in European countries. It is an advanced version of a bicycle that can be charged through electricity and could be less tiring than a bicycle. The average cost of an e-bike is around £1200 to £1500. This will indeed be much more expensive than a bicycle, but compared to public transportation, it is undoubtedly a bit more cost effective when considering the conditions of time over a year or more.

E-bikes are gaining significant popularity, especially in the cities that fall under the European Union. Despite it, not everyone can purchase e-bikes immediately and look for alternatives. If you already have a bicycle, you can also save the cost of producing a new e-bike and instead buy an e-bike kit.

An E-bike kit could convert a basic bicycle into an e-bike; this kit is not that expensive and would range between £400 and £600. It is a cheaper investment and offers excellent benefits.

E-bike kits could, on one end, offer you an eco-friendly commuting experience, and on the other hand, as compared to a basic bicycle, you can have an exemplary speed. The lithium-ion battery-based e-bike kit, over one charge, covers around 20 miles per hour, which is quite impressive. And, at this price point, the e-bike kit allows you to ride over 50 miles on a single charge.

By simply charging your e-bike after installing an e-bike kit, you can save a considerable sum of money on the commute and simultaneously have a comfortable means of transport.

In recent years, the pattern of transportation has seen a significant change. People have started to consider the environment's safety and look forward to choosing alternate means of transport. In addition, the popularity of e-bikes cannot be ignored as many people have started converting their cycles into e-bikes and are enjoying commuting very quickly.